We are back after a long holiday break!  Please join us this week as we discuss the article below, join us on twitter #teachSDA this week.


IT'S TIME TO DREAM AGAIN!
by Stephen Bralley 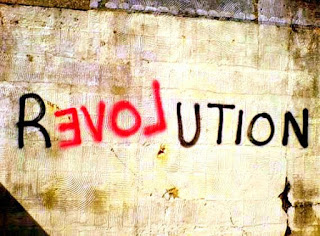 It's time to dream dreams again, Adventist Education was meant to be a revolution in a world held captive by a numbing system of education.  In the early 1900's a small team of educators landed on Neely's Bend north of Nashville.  They were looking for a place to start a revolution... again.  They had tried to start this revolution before, but those institutions had lost their vision and had been pulled toward the outward showiness of traditional education, seeking the worlds approval above their calling.

Adventist Education is once again in a position that needs a revolution.  I ask you this, "If the revolution started here once, can it start here again?"  "Can Kentucky-Tennessee Conference be the spark for revitalizing what Adventist Education should have always been?"  I believe the answer is a resounding, "YES!"  It's time to dream again, it's time to be revolutionary again!  There are four areas I want to touch on today:

Traditional education has focused on activities that limit free activity and thought.  It has sought to create implicit obedience instead of self-government.  Our education system, should seek something different, "originality and independence of mind, love of truth for it's own sake, the power of reflecting and forming correct judgments".  Our system was built to be different, we were always meant to recognize individual needs, and work to perfect individual character.   "Permitting the student in council with teachers, to select subjects according to their future needs."  Creating an individual  "in the image of God, endowed with a power akin to that of the Creator-- individuality, power to think and to do.  The student in whom this power is developed are the students who bear responsibilities, who are leaders in enterprise, and who influence character.  It is the work of true education to develop this power, to train the youth to be thinkers, and not mere reflectors of other's thoughts."  So what are we currently doing that holds this back?  What can we do to reawaken free thought and invention.  The current focus on S.T.E.M/S.T.E.A.M are open doors for us as christian educators to teach free thought and invention.  More than that it is an avenue into our communities.  Communities that realize they desperately need something different for their children, but aren't sure where to go.  Could the disciplines of science and engineering be the "new fields" that replace the farmland we no longer have?

The Left and Right Arms of Service

In studying the blueprint started here in Kentucky-Tennessee in the early 1900's it's become clear that our schools were never meant to stay insular in nature.  Just as the medical work was meant to reach out into the local community and offer better living.  Adventist Education was meant to do the same in the field of education, reaching out with the message of wholistic education.  Done correctly the two arms of service make the surrounding community healthier and better educated in order to fulfill heavens intentions.  This mission also serves to keep us focused on moving the gospel forward.  "When (the church) failed to continue the constructive work, which is centered largely in the education of the youth...internal dissension arose.  Their time was spent very largely in criticizing the views of their co-laborers who differed with them on some unimportant points of theology.  They paid much attention to doctrines, and spent the most of their energy in preserving orthodoxy.  They crystalized their doctrines into creeds; they ceased to develop, and lost the spirit of Christian Education, which was the oil for the their lamps...degenerating into dead orthodoxy, and opposing factions."  Of all the issues facing Adventist Education this is one of the hardest to change.  But it is essential if we are to become what we were supposed to all along.   Adventist Education is mature and strong enough to remain Adventist while reaching out!

A.E. Sutherland used this phrase in a lecture in 1919 he was concerned with the separation of the practical parts of education and the theory.  "The teacher is a better teacher if he/she is linked up with the experiment station(practical application)... No student has made the most of their life who has not come in close touch with the actual work of the station.

For teachers to carry out this program, making a successful combination of class room work and experimentation, or demonstration, the course of study must be reduced to essentials, not only must unimportant subjects be weeded out, but minor details and non-essential portions must be eliminated from those subjects that are retained.  This will reduce that academic corpulence to normal proportions.

The time of the student is now too precious to allow him or her to pursue what the humorist has called "the tail of the details."

God's work is not to wait while his servants go through such wonderfully elaborate preparations...The world needs men and women of action, and our schools must prepare students to do by doing."
How much has educational corpulence increased since 1919?  In order to free ourselves to teach and honor the necessary physical activity of a well rounded student we must be diligent in trimming "the fat."  Every school should carve out time each day for both structured play and free play.  This can be scary at first, academic time is precious.  But this time of activity will make academic time more productive, meaning you cover just as much or more than you would if you didn't have the activity.  We also should focus on understanding instead of time-lines.  Let's worry less about "getting to the end of the book" and more concerned with how much our student truly understand.  Let us teach student how to think, not what to think. Every year time should be spent reevaluating what is necessary and what is redundant.  How can we combine subjects accentuating their natural connections to not only be more efficient, but more effective in creating understanding in our students.

The revolution will only succeed if we trust each other.  That trust must be more than superficial social politeness.  We must be willing to engage in difficult conversations and a back and forth aimed and making the whole system better.  A trust that acknowledges our individual demands and differences and seeks a path of reconciliation instead of avoidance.  I know I'm asking a lot, but I must, because it's nothing less than what God calls us to do as His educators...His revolutionaries.
We will talk more,
Sincerely,
Stephen Bralley
Posted by Stephen at 10:46 AM