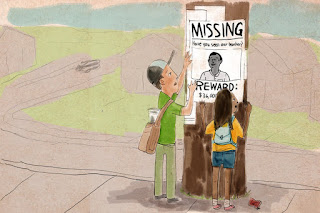 Join Us This Week!


Ah, back-to-school season in America: That means it's time for the annoyingly aggressive marketing of clothes, and for the annual warnings of a national teacher shortage.

But this year the cyclical problem is more real and less of a media creation. There are serious shortages of teachers in California, Oklahoma, Kentucky and places in between.

A big factor: Far fewer college students are enrolling in teacher training programs, as we reported this spring, exacerbating a long-standing shortage of instructors in special education, science and English as a second language. In California, enrollment in teaching programs is down more than 50 percent over the past five years. Enrollment is down sharply in Texas, North Carolina, New York and elsewhere.

Add to those enrollment numbers the stagnant pay, attrition, retirements, an improving economy and politicized fights over tenure, and you've got the makings of a genuine problem in some regions.

"All of those things together are creating a serious challenge for us," Troy Flint, spokesman for the Oakland Unified School District in California, tells NPR Ed. "The teacher shortage we're facing in Oakland is significantly more dire than in previous years. We just don't have as many teachers in the pipeline."

With the new school year set to begin Aug. 24, Oakland has some 50 classroom vacancies. "The biggest challenge this year has come from the nationwide teacher shortage impacting all education employers, especially California public schools," Antwan Wilson, the district's superintendent, wrote this week in an email to staff and parents.

California has more than 21,000 teaching positions to fill. Districts laid off or eliminated some 80,000 teaching jobs between 2008 and 2012 during the recession. And as the economy rebounds, more young people have more options.

The shortage areas tend to be worse in districts with budget woes, a concentration of high-poverty areas and systems that are experiencing strong population growth.

Take Nevada, for example. In some districts, such as Clark County, which is home to Las Vegas, population growth has meant the district can't build enough schools to meet demand or find enough teachers, especially when you can potentially make more money with tips as a card dealer in a casino.

Pay is clearly an issue, especially in cities with high housing and living costs like those in the Bay Area, one of the nation's costliest regions. The annual starting teacher in Oakland makes a little more than $42,000. The average monthly apartment rent in the area is $2,802, according to Forbes.

NPR ED
With Fewer New Teachers, Why Do Some Stick Around?

NPR ED
There Are Fewer New Teachers. And No One Seems Surprised.

But the shortage issue is an old problem. The largest number of teacher vacancies — as has been the case for years — are in special education, bilingual education and science.

"Districts have been screaming for years to send them more special ed and English-language-learner teachers," says Kate Walsh, president of the National Council on Teacher Quality.

Walsh argues that there isn't so much a shortage as a chronic, fundamental problem in how we train and place teachers. "We overproduce teacher candidates by a substantial margin. The U.S. has more teacher preparation programs than any other country in the world," she says.

"It's time for school districts to be much more insistent on what the qualifications are of teachers who enter and try to get a new job with them," Walsh adds. "School districts have to assert the fact that they are the client. And it's up to higher ed meet the needs of the client."

Walsh worries that talk of the shortage will prompt school boards to lower standards and qualifications to teach, which, she says, "is exactly what we don't need or want."

So, as children head back to school, what are districts with shortages doing to adapt? In many cases they'll turn more and more to substitute teachers — if they have enough in their area. Or they'll tap front-office employees with credentials.

"We don't want to rely on administrators with credentials to fill the gap, but that may be the case," Oakland's Troy Flint says. "We'll do that if that's what it takes to make sure there is a credentialed teacher in the classroom," when school begins next week. -Eric Westervelt NPR
So are these same issues a problem in Adventist Education?  As the baby boom teachers continue to reach retirement are we able to replace them with quality?  Join us this week as we slow chat @teachSDA on twitter.
Posted by Stephen at 10:11 AM