One down, one to go—you in for for Day 2 of Edcamp #teachSDA?

***UPDATE*** We didn't end up doing our 2nd day of Edcamp, which is totally fine. (I, for one, was ready to take a day off!) But we do plan on repeating these once a month, so make sure you stay tuned to Twitter and Google+ for updates of when that's happening!

Well, it happened! After a day of preparing, a group of almost 20 Adventist educators got together and did the first grassroots #teachSDA Edcamp! It was a great experience, and I think that most people really got something or another out of it. Here's the report of what went down: 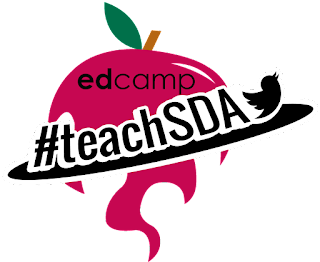 So now, the big question is "When is this happening again?". Some people sounded like they'd be excited to do this once a month or so, which I think we're really capable of doing. However, let's set our sights higher—is there any way we can do this again tomorrow?

So here is the big offer—if we can get at least 10 people to sign up for an encore presentation of Edcamp #teachSDA, we'll do this again tomorrow, July 20th, at 9pm ET / 6pm PT, same time, same place. I know there were a number of people who weren't able to make the tech work, and others had things come up. If you're willing and able to take another shot, let's make this a two-day thing!