Chat With Us This Week! 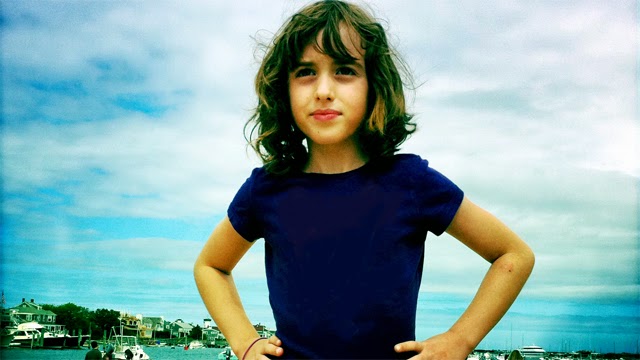 Our topic this week is from the article in Mind/Shift titled "How to Help Kids Find Their Aspirations" by:
Katrina Schwartz | October 3, 2013 |


Aspiration is often associated with a whimsical sense of dreaming about the future. The Quaglia Institute for Student Aspirations, an independent non-profit organization, defines aspiration as the ability to set goals for the future while maintaining the inspiration in the present to reach those goals. When a student has dreams for the future and is actively working towards them, she’s in the “aspirational zone.” And in that state, student achievement increases.

A lot of kids have big dreams about what they want to do as adults — whether that’s become a professional athlete or a teacher — but no idea of what it takes to get there. Dreaming about the future is important, but without a plan, it often ends with just that — a dream. “There is such a disconnect between the kids dreaming and the kids doing,” said Russ Quaglia, president and founder of the Quaglia Institute for Student Aspirations in an edWeb webinar. Other students work very hard to complete all their assignments and participate in every group, but they have no vision for where they want that hard work to lead them. The trick is to find the sweet spot – what Quaglia calls the “aspiration state.”

To do that, Quaglia suggests focusing on three guiding principles: self-worth, engagement, and purpose. Helping students work on these qualities will ultimately help them to feel academic motivation, a clear predictor of academic achievement.

SELF-WORTHIt’s incredibly important for students to know that someone cares about them, that their presence matters. The Quaglia Institute has surveyed almost a million students about their perceptions of school. Fifty percent of students surveyed don’t think their teachers care if they’re absent from class. “Half the students in our country don’t think we care if they even show up,” Quaglia said. Only 45 percent of students responded that they feel valued at school. That disconnection, or sense that they don’t fit in at school, is part of why kids drop out.

Helping students to feel that they belong and matter could be as simple as asking after a student’s well-being after an absence, or making sure he is caught up on the work. It could also mean being the person a student seeks out when life is particularly hard and also when it’s great. Every student needs at least one person like that in life, and teachers often become that support system.

ENGAGEMENTMaking sure kids are paying attention is another crucial factor. “We’re talking about making sure classes are fun and exciting,” said Quaglia. “What I mean is that they’re so engaged that they lose track of time and space.” When kids are engaged, teachers can try to instill and provoke a sense of curiosity and creativity in them. In many classes, this is not the case: 45 percent of students say they are bored in school and the same number say their classes help them understand daily life. Only 34 percent of students say their teachers know their hopes and dreams.
A huge part of engagement is getting students to have a spirit of adventure. They need to be willing to risk something and succeed. “We have not made it cool to be successful in school yet,” Quaglia said.

PURPOSEGiving students real responsibility over their education makes them an actor in the school’s community and they begin to care more about what happens in school. If students can develop a sense that they not only matter, but have purpose, it can help them become more academically motivated. In the Qualia Institute survey, 94 percent of students believe they can be successful, but only 74 percent believe their teachers expect them to be successful. “The teacher’s expectations of kids are lower than the kids’ expectations of themselves,” Quaglia said. He finds that statistic especially disturbing.

[RELATED: How Will Students Perform? Depends On Teachers’ Expectations]

By focusing on helping students develop a sense of self-worth, engage with school, and find purpose, teachers can nurture academic motivation. When they are motivated, they try to get good grades, put forward their best work and push themselves to improve. Students that responded that they are academically motivated were also likely to be performing better academically.

“Our choice isn’t whether we are going to be their heroes or not,” Quaglia said. “It’s whether we’re a good one or a bad one. Kids will pick us as heroes and we won’t even know it.” That knowledge doesn’t mean teachers have to become superhuman, but it does mean that building trust with students, learning their names, and sitting down with them can make all the difference.